ELECTIONS IN THE U.S SINCE INDEPENDENCE DAY UNTIL NOW 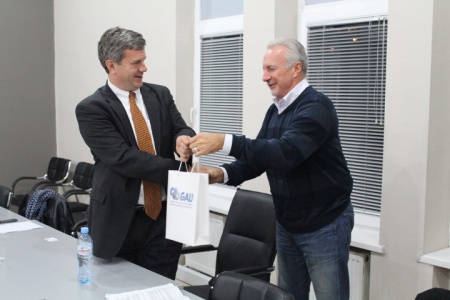 ELECTIONS IN THE U.S SINCE INDEPENDENCE DAY UNTIL NOW

On October 21, organized by the U.S. Embassy through the U.S. Speaker Program, professor John C. Fortier was the guest speaker at GAU, especially for GAU students. American cadets, who study at GAU for the fall semester, also were part of the audience and participated in a discussion at the end.

“Elections in the United States since Independence Day until now” was the main topic of the lecture. Fortier talked about the U.S. election system and considered candidates for U.S. 2016 elections. He also explained the importance of the “2 political parties” system, democrats and republicans. Throughout the discussion, he answered the questions such as “How the U.S. is changing demographically?” “How long it took the U.S. to develop good “2 parties” system? and etc. At the end of the lecture John C. Fortier gave advise to GAU students, who he mentioned as “future leaders”, that to establish strong, independent and liberal election system it takes participation, patience and group of people with the will to make a difference. 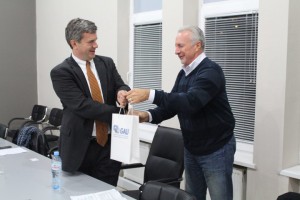 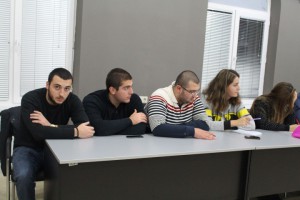 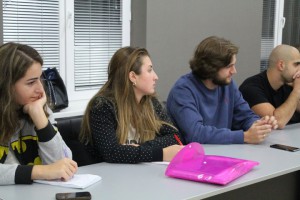 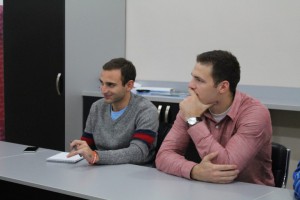 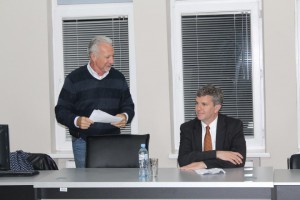